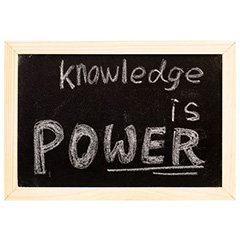 Saleema Noon, a sex-ed teacher who is often invited in to classrooms, said she’d like the curriculum, which is to be implemented in September, to introduce these concepts from the beginning, starting with five-year-olds.

“Younger children are easier to teach,” she said. “It’s just science to them.”

Though she acknowledges parental concerns about starting “sex-ed” in kindergarten, Noon said, “There’s no way of teaching a child something too early,” since, she said, any information they are too young for will just go over their heads.

The way Noon said she often talks to young students about appropriate and inappropriate contact is by using the phrase “go on.”

“At every age, kids need to know about the private parts of the body and they decide who goes on them and who does not,” she said.

Noon said that as soon as she says that, kids know exactly what she’s talking about.

She said she would also like to see more diverse and inclusive language, “no mom/dad, husband/wife, boyfriend/girlfriend, use partner and partner instead. I try not to use the words boy and girl either.”

Kristen Gilbert, the director of education at Options for Sexual Health, said there are a lot of things about the new Ontario sex-ed curriculum that B.C. could emulate.

“In BC the learning outcomes are quite vague,” she said. “There’s a benefit to how specific they’ve gotten in Ontario.

Starting in September, physical health educators will be teaching sex-ed in B.C. The topic was previously under “career education,” this means, in many cases, a set of teachers will have to broach the subject who haven’t dealt with it before.

Gilbert said that, “As an experienced educator, I actually appreciate how vague they are,” because she said it gives her more flexibility in her teaching, though “the vague learning outcomes aren’t beneficial for inexperienced teachers,” she said.

“What I suspect will happen is they won’t teach the material and children will not receive the education they have a right to receive,” said Gilbert.

The B.C. Ministry of Education is currently asking for input on the changes, and many sexual educators and parents say they will be weighing in as well.

Sexual education and gender issues can be a contentious issue in the province. A group of parents is currently suing the Vancouver School Board over their transgender policy, which introduces gender-neutral pronouns in the classroom and frees students from having to use washrooms and change rooms that correspond with their biological gender.

Ken Denike, who fought hard against the trangender policy, said he would like to see the sex-ed curriculum drafts translated into Mandarin, so that more parents would be able to understand what’s going to be taught.

Julie received her Bachelor of Arts in Sociology in Alberta where she specialized in studying Masculinity in Canadian Sports. After travelling the world surfing and snowboarding, she found herself in Mexico teaching at an alternative school while also supporting and encouraging disenfranchised girls to try surfing and stand up paddle boarding. Her work with youth in Mexico inspired her to return to her studies at UBC and to pursue a Masters degree in Education as well as her teaching degree in primary French immersion. Passionate about empowering girls from diverse communities, Julie finds dividing her time between her own classroom and facilitating sexual health workshops at schools throughout the lower mainland to be the perfect combo.

When she is not teaching or studying she can be found on a mountain bike, on her snowboard, or sleeping in a tent…anything to get into nature in and around the Pacific Northwest.